NASA is investigating the new collection of 2018 photos taken by the Curiosity rover. The weird structures on the new image look like squiggles left on top of a rock formation.

So, Curiosity rover took the images with its Mars Hand Lens Imager (MAHLI). The weird structures in the photo look like squiggles left on top of a rock formation, where sand is dusted around.

“Meanwhile, back on Mars … I’m checking out these stick-like figures,” the rover’s Twitter account wrote Jan. 3. “Maybe they’re crystals? Or they could be minerals that filled spaces where crystals dissolved away. Stay tuned! Science continues.”

However, researcher Barry DiGregorio speculated on whether the Red Planet robot found trace fossils on Mars. DiGregorio is a research fellow at the Buckingham Centre for Astrobiology in the United Kingdom and author of the nonfiction books “Mars: The Living Planet” and “The Microbes of Mars.”

“They look remarkably similar to Ordovician trace fossils I have studied and photographed here on Earth,” DiGregorio told Inside Outer Space. “If not trace fossils, what other geological explanations will NASA come up with?”

NASA also posted a wider shot of the area on Twitter. 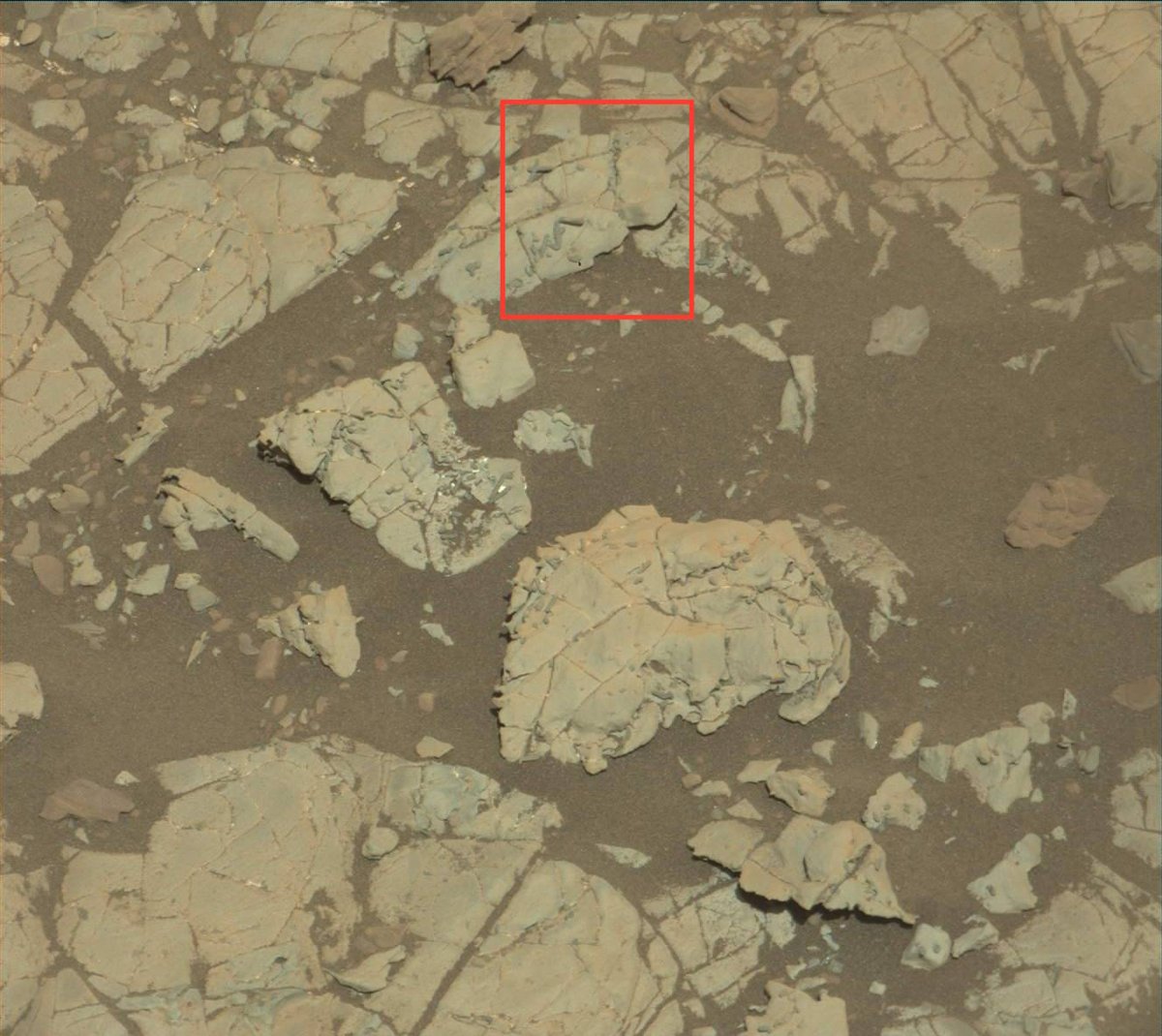 “Here’s a wider shot. The red box shows roughly where the close-up of the stick-like features goes. Note: this was taken from a different angle. More info at https://mars.nasa.gov…” NASA tweeted.

So, NASA’s Curiosity rover is on its mission to explore whether Earth’s neighbor has ever been habitable. The Martian rover is looking for signs of microbes that can indicate whether the red planet’s environment could have previously supported alien life.

However, NASA will send another robot called “Mars 2020” to Mars. As the name indicates, scientists will launch it in 2020. The next rover will investigate a region of Mars where the ancient environment may have been favorable for microbial life.