NASA rocket called the Space Launch System will carry this powerful rocket engine. The new spacecraft will blast into space next year on a mission to the red planet.

This car-sized booster caused vast clouds of smoke as it fired up.

NASA has done this test firing several times, but this one was special.

The latest test was of RS-25 engine E2063. It’s one of four engines that is planned to become part of Exploration Mission-2, the first SLS mission that will take humans back into space.

Four of the boosters will be used to power this rocket that’s designed to break the barriers. Thus, sending humans further than ever before, into deep space including a journey to Mars. 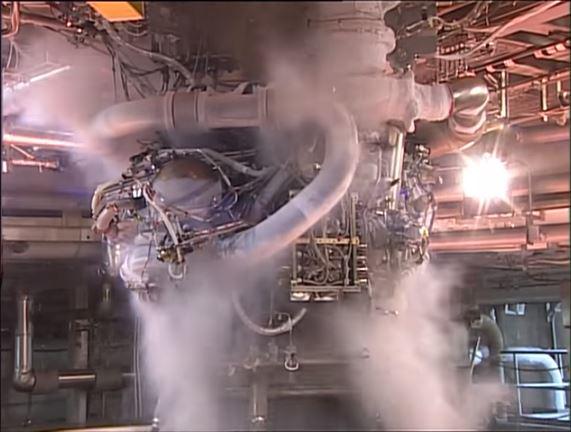 This astonishingly powerful engine is the most powerful booster in the world. Astronauts will use it during the first mission of the Orion spacecraft in 2018, which will blast into space aboard the SLS.

More than 1,500 people went to watch this spectacular event at Stennis Space Center. The viewers were a mere ½ mile away.

“For most people, the chance to view a flight engine test in person is a once-in-a-lifetime opportunity,” Stennis Director Rick Gilbrech said. “It’s a firsthand look at the American space program. We love sharing that experience and story with others.”

The reason behind this test was to collect data on the engine so that it can move on to the next step and be verified.

“Stennis has been on the front lines of the space program for more than 50 years,” Gilbrech said. “This site is a living history book, and the open house test was another page in its incredible story.”

This is the first time that humans will go back into deep space since the Apollo 16’s trip to the moon in 1972.

Thumbnail image is taken from the video uploaded by NASA.

Some Things Hubble Taught Us About The Universe