A new multinational study finds evidence that the Earth’s magnetosphere can help create water on the moon’s surface.

Humans once thought the Earth was the only place that has water. Eventually, we learned water is everywhere; from the red planet to Jupiter’s moons and Saturn’s rings, comets, asteroids, and even Pluto.

Before humans stepped on the moon’s surface, our natural satellite looked bone dry. After the Apollo era, however, scientists have found plenty of water there. Water exists on the moon in the form of ice in craters that never see sunlight.

But the problem is that the researchers have been trying to figure out where all that lunar water came from.

Please, visit our Youtube channel Cosmoknowledge and get blown away!

The leading theory is that positively charged hydrogen ions propelled by the solar wind bombard the lunar surface and spontaneously react to make water. However, recent research published in Astrophysical Journal Letters proposes that solar wind may not be the only source of water-forming ions.

One surprising possibility emerging is an elemental rain from our own atmosphere, delivered by Earth’s magnetic field. That implies that other planets could also contribute water to their satellites.

Most of the experts agree nowadays agree that the solar wind is the source of lunar surface water. Models suggest that the solar wind should evaporate up to half of the lunar water at high-latitude regions during the roughly three days of the full moon when it passes within Earth’s magnetosphere.

But a new surprising analysis of lunar surface hydroxyl/water comes from the Chandrayaan-1 Moon Mineralogy Mapper. It shows lunar surface water does not vanish when the Earth’s magnetosphere shields the moon.

Scientists first thought the Earth’s magnetosphere blocks the solar wind from reaching the moon so that water could not be regenerated faster than it was lost. But the researchers found this was not the case.

The new analysis shows that the lunar water replenishes by planetary magnetic winds, created by the interactions between solar winds and the Earth’s magnetic field, that blast the Moon with even more ionized particles. Scientists refer to these flows of magnetospheric ions as “Earth wind.”

The Kaguya satellite confirmed the presence of these ions near the Moon. But scientists also used THEMIS-ARTEMIS satellite observations to profile the distinctive features of ions in the solar wind versus those within the magnetosphere Earth wind.

It’s fascinating and beautiful that the Earth helps supply its natural satellite with water. Learning about the impacts of Earth’s magnetosphere could help space agencies better protect astronauts from cosmic radiation.

Future analysis of the solar wind and planetary winds can reveal more about the evolution of water in our solar system. It can also help us better understand the potential effects of solar and magnetosphere activity on other moons and planets.

But to fully confirm this mechanism, the researchers will need new satellites equipped with comprehensive hydroxyl/water mapping spectrometers and particle sensors in orbit and on the lunar surface.

These instruments can help us predict the best areas for future exploration, mining, and eventual lunar settlement. The research can also have an impact on the design of upcoming space missions. Designs that will keep humans and our future satellites safe from the dangers of radiation. 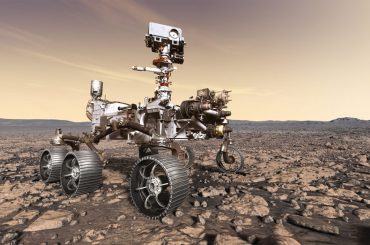 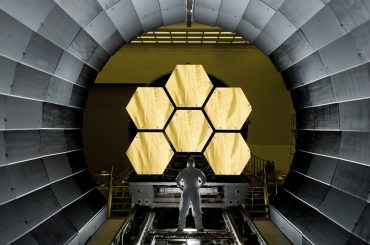