Here, we are going to talk about the KELT-9b exoplanet. This world is hotter than most stars and it’s being vaporized by its own star.

This Jupiter-like world is the hottest exoplanet we know so far. Scientists categorize such exoplanets as ultra-hot Jupiters.

The planet is also unusual in that it orbits perpendicular to the spin axis of its star. One “year” on this planet is less than two days.

The hot Jupiter exoplanet is tidally locked, meaning it always shows the same face to its star. Our Moon also always shows one face to our planet.

The day-side temperature on KELT-9b reaches temperatures of more than 7,800 degrees F (4,300 degrees C). That’s hotter than the surface of the average Red Dwarf star, by far the most common type of star in the Milky Way, and only about 2,000 degrees F. (about 1,000 degrees C.) cooler than our sun.

The exoplanet orbits a star, called KELT-9, at a distance ten times closer than Mercury orbits our star. It takes just two days for the planet to complete one orbit of the star.

The young star is only 300 million years old. It is more than twice as large, and nearly twice as hot, as our sun.

KELT-9 constantly blasts its planet with high levels of ultraviolet radiation. That means the planet may be shedding a tail of evaporated planetary material like a comet.

KELT-9 radiates so much ultraviolet radiation that it may completely evaporate the planet soon. But before that happens, it’s more likely that the planet will be engulfed by its parent star, an A-type object.

These stars live fast and die young. They exist for just millions of years rather than the billions of years that our Sun will persist. That means KELT-9 may soon puff up as it exhausts its fuel and eat the planet.

Hot-Jupiters can help scientists to study physics in environmental conditions that are near impossible to reproduce on Earth.

Studying them enhances our understanding of chemical and thermal processes, atmospheric dynamics, and cloud formation. Understanding their origins can also help us improve planetary formation and evolution models.

Scientists still have a problem explaining the formation of planets and how elements, such as water, came into our solar system. That’s why we need to learn more about exoplanet compositions by observing their atmospheres.

In a new study, scientists used publicly available data taken by the Hubble Space Telescope to obtain the eclipse spectrum of this planet. They then used open-source software to extract the presence of molecules and found there were plenty of metals (made from molecules).

The discovery is pretty interesting as scientists previously thought the heat of KELT-9b is too much for molecules to remain intact. They thought these molecules are likely ripped apart on the dayside of tidally-locked KELT-9b.

Scientists suggest dynamic processes from the cooler regions, such as the night-side or deeper in the interior of the planet, could actually drag the observed molecules. This means there are more complex processes behind the atmospheres of these extreme worlds that we don’t understand yet.

As we mentioned before, KELT-9b orbits perpendicular to the spin axis of its star. This suggests a violent past, which may include collisions.

It’s possible that the planet might have formed away from its parent star and that the collisions happened as it migrated inwards toward the star.

This scenario supports the theory that large planets form away from their host star in protoplanetary disks, capturing gaseous and solid materials as they migrate toward their star. Protoplanetary disks are spinning discs of dense gas and dust surrounding a newly formed star.

However, no one knows how the details work and that’s why it is very important to characterize many of these worlds to confirm various scenarios and better understand their history as a whole.

The researchers are now counting on future space telescopes, such as the James Webb Space Telescope and the Ariel mission, which will be equipped with better instruments specifically designed for the strict observation of exoplanet atmospheres. They will allow us to answer many of the fundamental questions raised by the extremely hot-Jupiter planet class, but they will not stop there.

This new generation of telescopes will also probe the atmosphere of small worlds, a category that current instruments struggle to reach.

In particular, Ariel, which is expected to launch in 2029, will observe about 1,000 exoplanets to tackle some of the most fundamental questions in exoplanet science.

Ariel will also be the first space mission to look in detail at the atmosphere of these worlds. It should finally tell us what these exoplanets are made of and how they formed and evolved. This will be a true revolution. 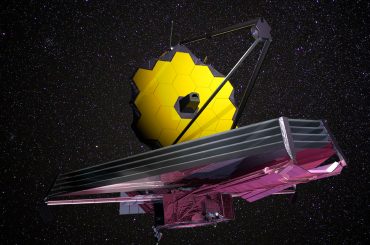 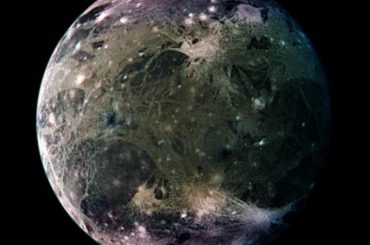 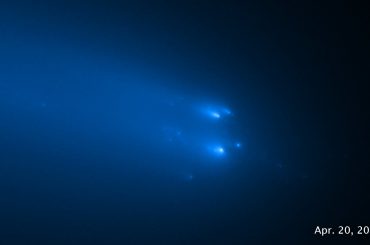 A Tail Without A Comet?